How to break a simple substitution cipher

Look at the text above. You are given that it is in English, and that it is a simple substitution cipher. The text is in the description below.

Here, the focus is on breaking the cipher. Do take a look at the video above for an explanation.

Breaking the cipher means we’re not starting with the key. i.e., we don’t know which letter maps to which.

There are several ways to start with this. One of the easiest is to start with statistics – just count the number of times a particular letter appears in a text.

You can find this information on Wikipedia – go to the article on letter frequency. It shows you the relative frequency of letters in English. There are two sets of statistics, for texts and for dictionaries. We need to look at texts, because we are trying to decipher a paragraph.

In order to apply this information, let’s put our text into a frequency counter. You can find several of these online, or you can make your own. Or you can count it yourself, I won’t judge.

The frequencies I get are show on the screen:

As you can see, N has the highest frequency. So a safe bet would be to assume that it is E.

Yes, I did a case sensitive search and replace, which you should be able to do with any good word processor.

One thing you might notice immediately is the triplet BOe. It appears four times in the short text. It could be ‘THE’, In order to confirm that, we can look at our letter frequencies. As expected, B has a frequency of 38, and is the second most numerous letter. It would be safe to assume B = T, and therefore, that BOe = the. Let’s replace B with T and O with H.

Here, 'thPt' looks a lot like ‘that’. You might also notice that P appears by itself quite a lot. It has a frequency of 28, which is quite high. So, P = A looks like a good assumption.

The only other standalone letter that appears frequently in English is I, and the only other standalone letter in the cipher is G. The frequency is 23, which is good enough to proceed. Another interesting observation is ‘tE’, and that can only be ‘to’. Frequency for ‘E’ is 23, which is good enough. Let’s replace G with I and E with O.

‘T’ looks pretty consistent with ‘S’, as you have ‘To’, ‘Tee’, a frequency of 20, and quite a few words that begin with it. Let’s go ahead and replace it. At this point, this is mostly an art. The result is:

Let’s take another look at the frequencies table. N and R are two high frequency letters that aren’t accounted for yet. M has a frequency of 20, and ‘aMe’ looks like a tell. Let’s assume it’s R. If you are wrong, you can always go back.

By now, it’s obvious that ‘Q’ = K. Just replace it, and you have your deciphered message.

Go ahead and try this, and let me know how it goes.

See you next time!

This is a follow up from the article on types of flight. Here, we’ll be taking a further look at airships.  I’m sure most of you know wh... 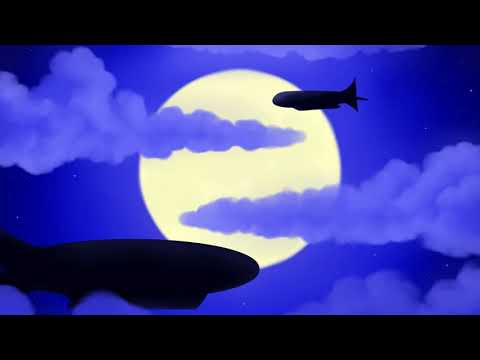